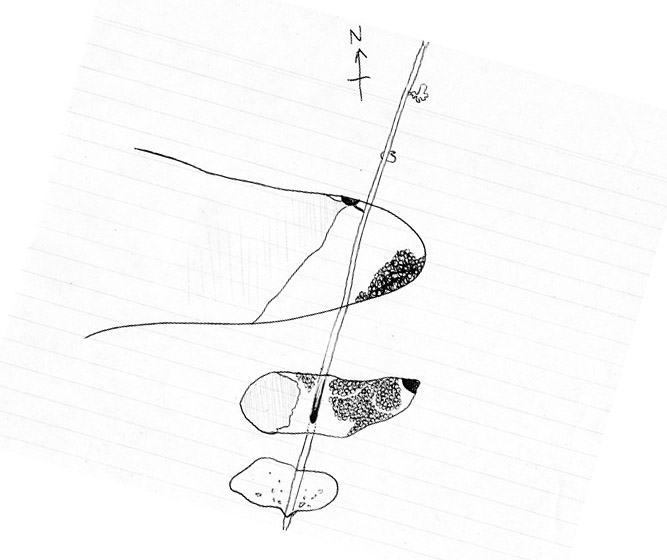 The drow assassin slunk of into the darkness while the half-orc, dwarf, and eladrin settled down in the spriggan's hideout. He found the king's highway, very close to where the others were resting, and scouted along it a little way. It stretched mostly north-south in a pretty straight line; to the north were no obvious features for some distance, but to the south he noticed some small side-caves not unlike the tunnel in which the others lie hid. He didn't explore them too closely, being busy actively avoiding detection from the odd passer-by travelling along the highway.

Some quarter of a mile along the highway, it passed through a cave – that must have been a bubble in the rock – to the left and right the ﬂoor of the cave was slightly raised above that of the highway. 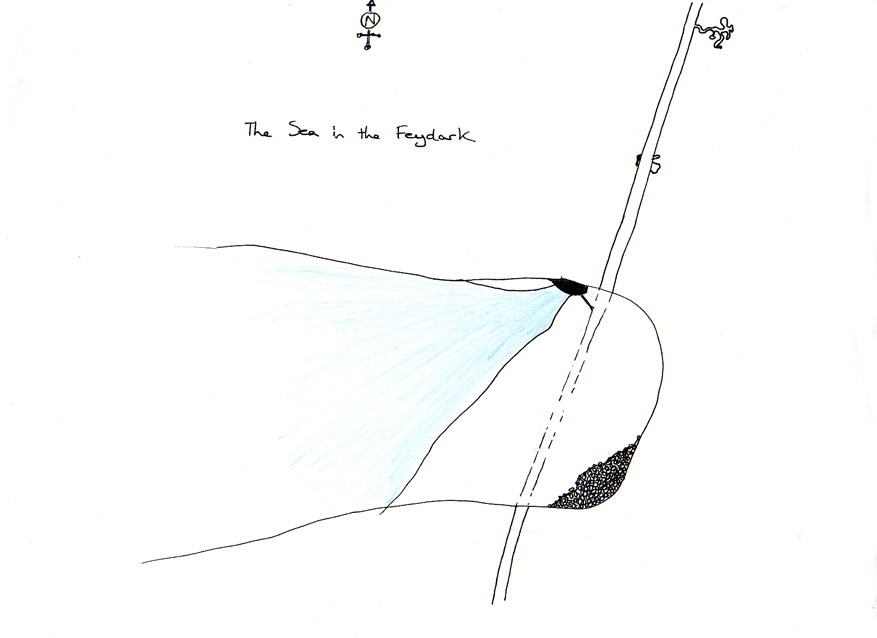 After another half a mile the highway broke into a huge cavern, emerging at ground level in the north-east corner and running straight across the cavern ﬂoor before plunging into the far wall some quarter mile distant. The cavern appeared roughly rectangular, and streatched an immense distance to the west. However most of the ground was buried beneath an underground sea; here in the east was the only level dry ground they could see. The ground to either side of the highway was strewn with boulders, and stalagmites adorned the ﬂoor near the walls. In the southeast they could see a large fungal forest; some of the mushrooms appearing as tall as trees. Immediately in fron of them a clear path lead oﬀ the highway to a gate in a ﬁfteen-foot-high wall set near the wall of the cavern where the sea was nearest.

...After what felt like an age, they burst into another cave, with the angel only a hundred yards behind. In front of them the highway plunged down into the ﬂoor, and to the left a path wound through a massive, dense fungal forest...

...Full of revulsion, the four sickened adventurers cautiously made their way back towards the highway, and – scanning both ways to check that it was clear – slunk down the tunnel that plunged into the cave ﬂoor. At the bottom of the slope was another cave, where the highway levels out once more. At the far side of the cave the tunnel narrowed, and stepping through the heroes felt a change in the atmosphere. Where before everything – event the highway itself – had had a sort of vitality, a richness of life no matter how corrupted, here everything felt dead. The luminescent glow to which they'd become accustomed was no more. Nothing was visible before them except dead rock.